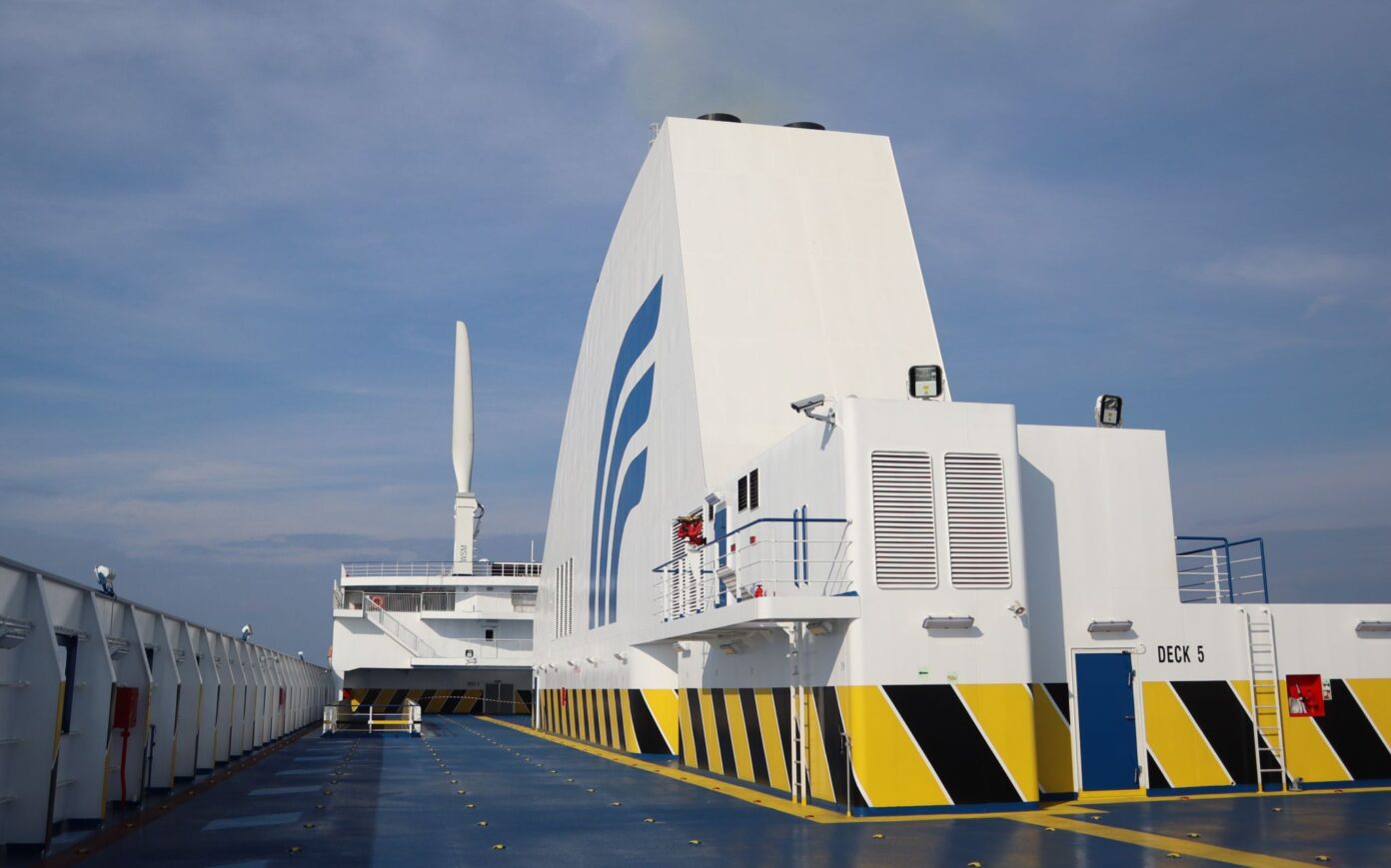 Among the various innovative technical features, it can also boast of having the Wing Sail Module (WSM), a system that uses the energy of the wind to reduce the consumption of fossil fuels for the propulsion of ships.
The installation on the ship of the first ‘wind blade’ was announced by Naos Design, leader of a group of companies (which also includes Concrane Srl and the University of Udine) awarded a regional grant from Friuli Venezia Giulia (570.639, 35 out of 752,052.00 euros) as part of the Por Fesr 2014-2020 call for a project renamed WEPAS – Wind Energy Propulsion Aid for Ships.
From its description we learn that “the WSM module consists of a rigid folding wing that can be used onboard of different types of ships in a modular way, i.e. in several units depending on the type of ship. The expected results are the reduction of environmental impact and operating costs of maritime transport “.
The project “has as its industrial objective the validation of a technology for wind-assisted naval propulsion (Wasp) through the evaluation in the operational environment of the WSM, which exploits the energy of the wind to reduce the thrust on the propellers of ships in order to reduce consumption of fuel oil for propulsion “.
The expected result is “the reduction of the environmental impact, emissions of greenhouse gases and other pollutants produced by ships, in order to promote an ecologically sustainable maritime transport system with reduced operating costs”. 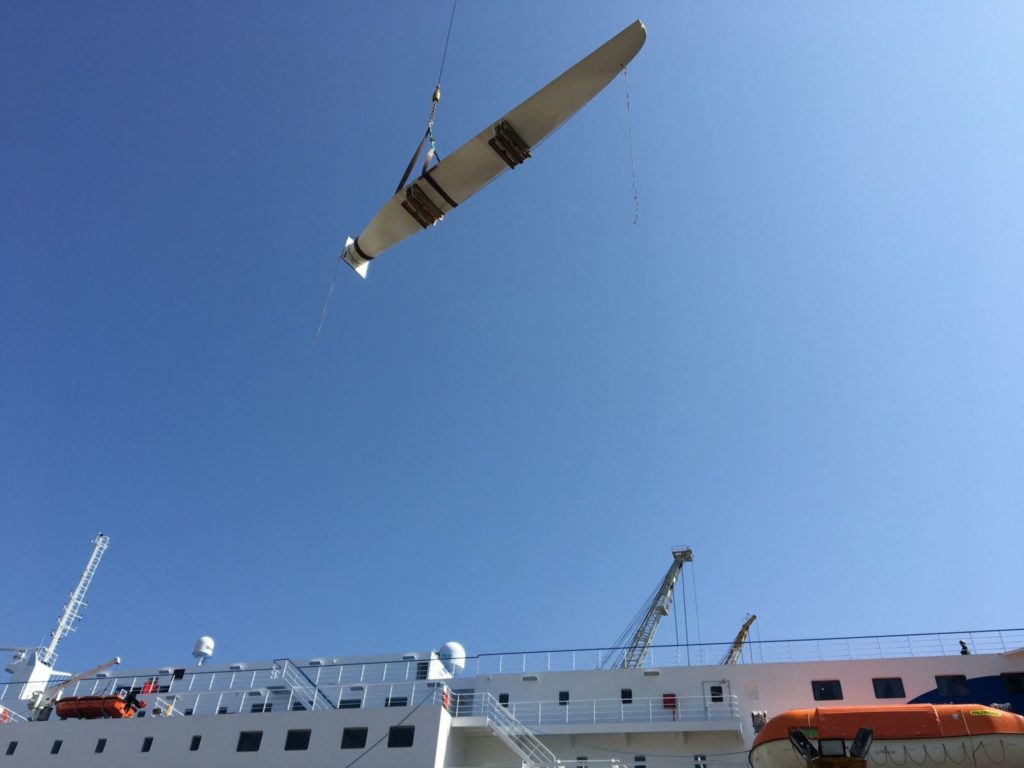 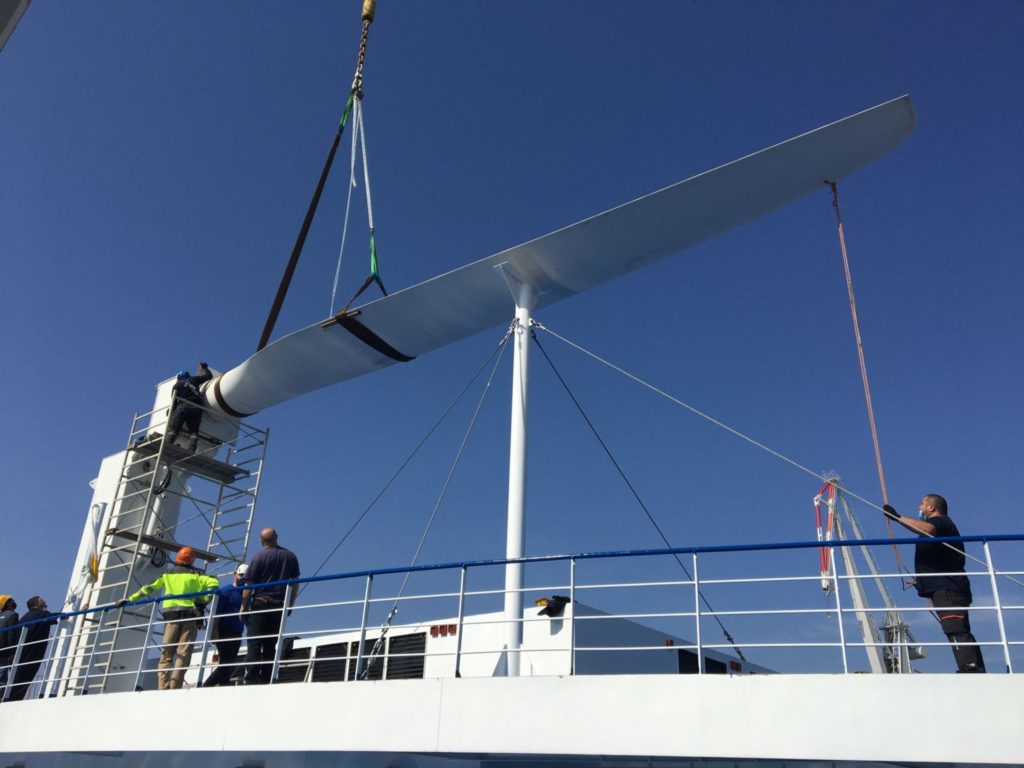 Made by Acqua Digitale